Home » Is detention the best the world can give me?

Is detention the best the world can give me? 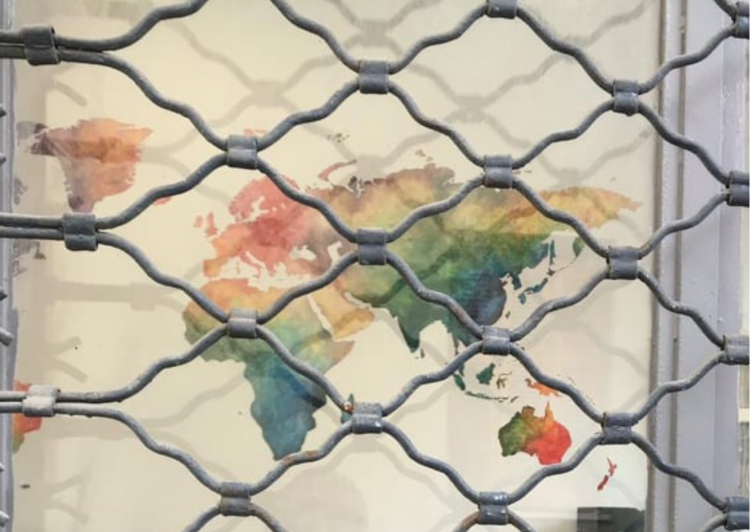 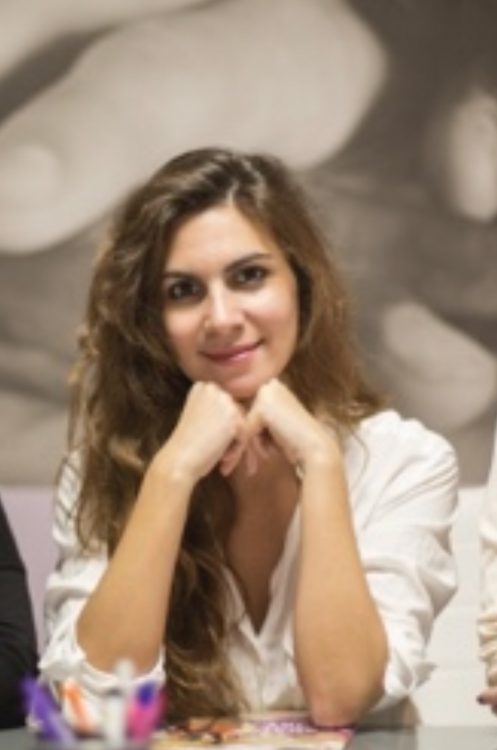 Children make up more than half of the refugee population around the globe. In 2020, more than 20,000 children had to flee their home countries, either alone or with their caregivers, in search of a safe place to be seen and treated as children.

A child who becomes a refugee is forced to leave his/her country, due to fear of persecution on the premise of multiple reasons such as armed conflict, natural disasters, forced marriage, membership of a particular social group, religion, ethnicity between other reasons. A child who becomes a refugee holds the expectation that the international community has heard his/her suffering, his/her need for imminent protection and once they succeed in fleeing their country the world will become again fair to them.

This expectation finds valid ground. Amongst other international legal texts, Article 22 of the Convention on the Rights of the Child, stipulates that states must ensure that children seeking international protection shall receive appropriate protection and humanitarian assistance, in equal terms to the rest of the child population within their territory.

However, in the recent years, transit or host countries to the refugee population have become creative in depriving children on the move of their liberty and present it as a matter of urgency or a measure taken for their protection. Sometimes, detention is presented as protection or other times as a last resort unavoidable measure. This trend has found thousands of children on the move detained and left without a childhood to claim.

‘I left my country because I did not want to become a child soldier and kill other people. The journey to Europe was long and dangerous. Once I arrived in Greece I asked for asylum. I thought my nightmare was over. But I was wrong. I was placed in detention in a police cell without knowing why. I did not commit any crime’, said Amir 16-year-old, who was told that detention takes place as a means to ‘protect’ him.

Since 2016, more than 34,000 unaccompanied children have been registered in Greece after crossing the Aegean Sea or entering the country by land from Turkey. Under Greece’s regime of protective custody, which began in 2001, many of the children have ended up being held in police stations for weeks, even months, instead of being transferred to a safe place compatible with their needs. The cells were unsanitary, overcrowded, and often shared with unrelated adults, further exposing them to higher risks of abuse and sexual assault.

Greece was sued and condemned for this practice multiple times before the European Court of Human Rights, and in 2021 Greece announced the abolishment of its longstanding practice of holding unaccompanied migrant children in police custody. However, according to the official data collected from the Greek National Center for Social Solidarity, 36 children are recorded to be in protective custody at the end of July 2021.

‘I am trapped in the hotspot of Lesvos. In the night I am afraid to go to the toilet. The other day an 8-year-old girl was raped. I am afraid. In the day there are policemen everywhere and I cannot go out with my mum whenever I want. I want to get out of this hell and go to school’, said Fatima 14 years old who has a geographical restriction on her merits.

In Greece hotspots on the islands essentially became reception centers after the EU-Turkey Statement in March 2016, transposed into Greek Law 4375/2016. Gradually, in the light of a massive increase in arrivals in Greece after 2016, the hotspots on the Greek islands acquired more characteristics of detention and areas where human rights have been systematically infringed. It has been used as a model of deterrence which is based on the practice of geographical limitation on people’s free movement. This geographical restriction, which in reality, has effectively transformed hotspots into massive open-air prisons has kept thousands of refugee children away from that place of safety in search of which they initially embarked on and which are entitled to under International Human Rights Law.

In the outbreak of Covid-19, the children residing in the hotspots were forced into further restrictions of their liberty and discriminatory practices. As a response to the pandemic the Greek Government applied a strict quarantine lockdown within the Hotspots on the name of public health, which lasted far more than the general public lockdown.

Following the passage of LAW 4636/2019 matters have been compounded by the Greek State’s plans to turn the Hotspots and the surrounding areas into well-guarded ‘concentration camps’ with locked gates, multiple barren courtyards, and limited access to free movement.

Detention translates to deprivation of rights, visibility and love. Depriving children of liberty is depriving them of their right to be children. When this deprivation of liberty happens in the context of migration, where children are running away from persecution or away from conditions threatening their life, detention not only digs deeper into their existing wounds, but goes further in urgency, since it creates mistrust in humanity. And this trauma might be irreversible.

Since deprivation of liberty constitutes a form of structural violence against children, this very trauma shall be healed into the context of restorative justice, where institutions, justice and society come together to restore the child’s faith to humanity by treating them with dignity and respect. This constitutes one of the 2030 Sustainable Development Goals that all states have committed to place at the heart of their policy actions.

The UN Global Study on children deprived of Liberty reminds states that detention of children for migration-related reasons cannot be enforced as a measure of last resort and is never in line with the best interests of the child codified in Article 3 of the UN Convention on the Rights of the Child. The Study goes further urging States to prohibit and end all forms of migration-related detention of children and their families and call upon them to place children alone or with their families in non-custodial, community-based contexts.  The data collected for the purposes of this Study indicates that there are at least 330,000 children detained for migration-related purposes per year around the world. The Study showed that all these children are exposed to the risk of sexual abuse and exploitation while at the same time they develop anxiety, depression, suicidal ideation and post-traumatic stress disorder.

It goes without doubt that there is no valid justification based on moral and legal ethics to detain children. Detention in the name of emergency, public or state sovereignty interests cannot be excused. It is in times of emergency, such as a war condition that gives birth to millions of refugees or a pandemic, when humanity is tested hard. It is then when states are expected not to compromise the absolute values forming their identity as a civilized state. Undoubtedly, not depriving children of their liberty is one of them.

However, it becomes all the more evident that detention in the context of migration has exceeded the typical norms. Locking children behind bars for the sake of their protection or placing them in overcrowded open-air prisons are some of the ways EU states deliberately have chosen to ‘welcome’ children on the move in recent years. It is non-negotiable that transit or host countries have the obligation to follow another direction driven by the values enshrined in the text of the Convention on the Rights of the Child and not to enforce children into harsher restrictions of their liberty. Other EU states as well need to encourage these states following that path and support them proportionately. Otherwise, it will remain unconscionable that the international community has not adequately stood up for the fundamental rights of refugee children.

The world needs to give Amir and Fatima an answer, when they asked that ‘WHY’. And this answer needs to take the form of action where healing will meet justice and from that, as lesson learnt, to inspire states to exercise their creativity when managing migration in ways that will not create harm. It is our responsibility that next time a child comes to EU soil and asks for a refugee in order to place their soul and integrity, detention will not be the best we can offer to them. 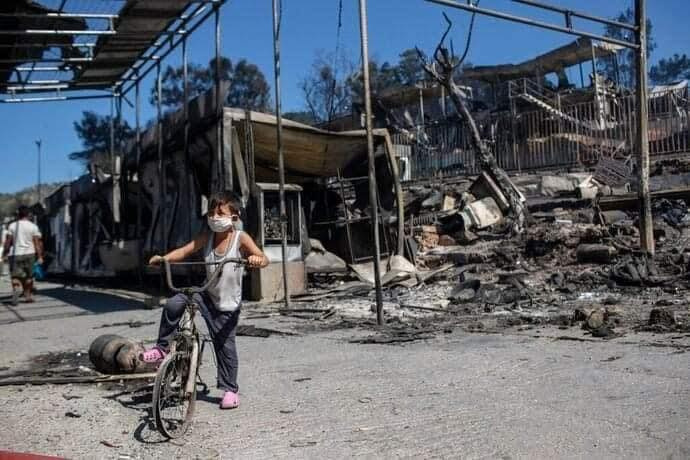 The Children’s Rights Helpdesk of Defence for Children International (DCI) – Greece, has received more than 400 cases of refugee children deprived of their liberty in the last four years. Some of them remained detained for more than a year. DCI–Greece supported legally these children and released them from detention. Advocacy on this issue has led to the abolishment of the Protective Custody Regime in the country. However, DCI- Greece is still monitoring its implementation and operates as a watchdog of the rights of children on the move. This paper reflects the data and information gathered from the work with these children. Names have been changed for protection purposes.