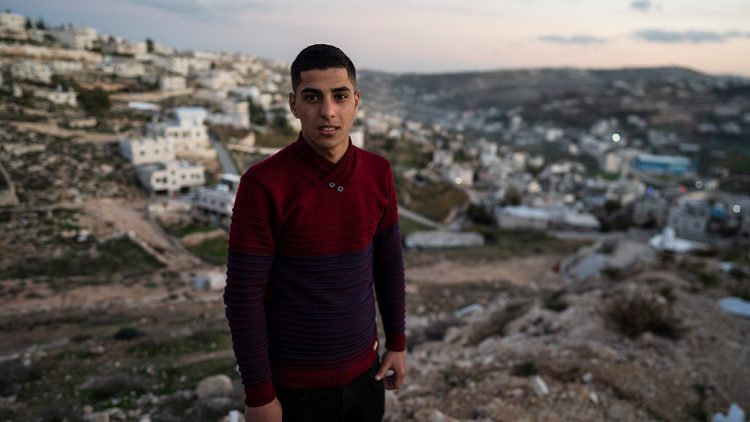 Obaida Jawabra, from Arroub refugee camp. Killed in May 2021 by Israeli forces. He was 17 years old. 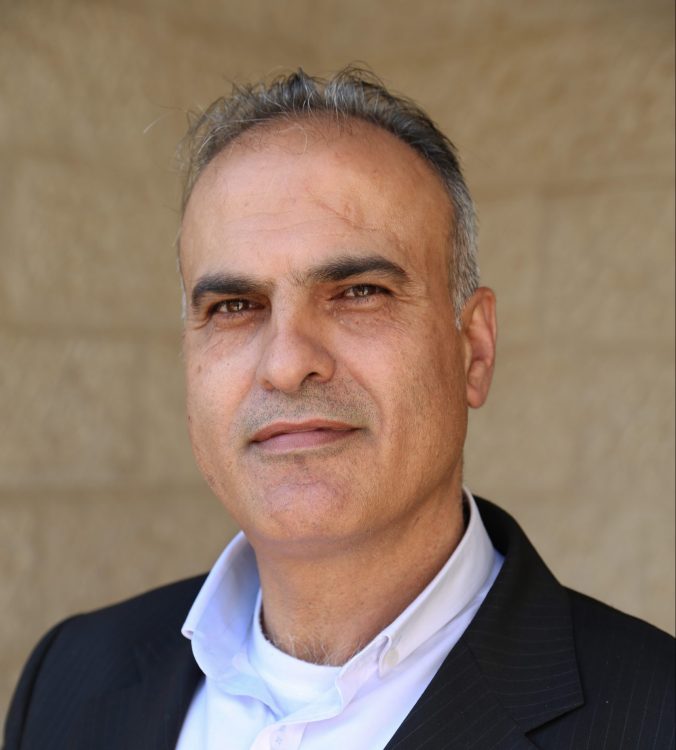 I decided to become a lawyer when I was 15, after my brother was arrested and imprisoned by the Israeli military. Visiting him in prison was challenging, but I noticed my brother’s lawyer was able to meet with him individually, and even hug him. I wanted nothing more than to hug my brother. So, I attended law school in Algeria and returned to Palestine to defend Palestinian children arrested and detained by the Israeli military.

Since 1967, Israel has operated two separate legal systems in the same territory. In the occupied West Bank, Israeli settlers are subject to the civilian legal system whereas Palestinians live under military law. No Israeli child comes into contact with the military courts. Israel has the dubious distinction of being the only country in the world that automatically and systematically prosecutes children in military courts. Each year, between 500 and 700 Palestinian children are tried in these courts, which, in practice and by design, deny fundamental fair trial rights and due process protections. This dual system offers no semblance of justice. From the moment Palestinian children come into contact with Israeli soldiers, their very basic human rights are denied. The majority of Palestinian children report being blindfolded, strip-searched, and subjected to physical violence at the hands of Israeli forces. Most Palestinian children are not informed of the reason for their arrest, and over half are forced to sign documents in Hebrew, a language they cannot read or understand.

The Israeli military court’s conviction rate is higher than 99 percent. When I represented child detainees in the Israeli military courts, my job as a lawyer guided by international law and the United Nations Convention on the Rights of the Child (CRC) was to secure the child’s release as soon as possible. The longer a child spends in military detention, the more difficult it is to reintegrate into school and resume their life.

In 1991, Israel ratified the CRC, which stipulates that children should only be deprived of their liberty as a measure of last resort, must not be unlawfully or arbitrarily detained, and must not be subjected to torture and other cruel, inhumane or degrading treatment or punishment. Despite Israel’s ratification of the CRC, Israeli forces target Palestinian children for arrest; in many cases, Palestinian children are detained multiple times. One such child was Obaida Jawabra from Arroub refugee camp, near Hebron, who was 14 years old when my team at DCI–Palestine first represented him. 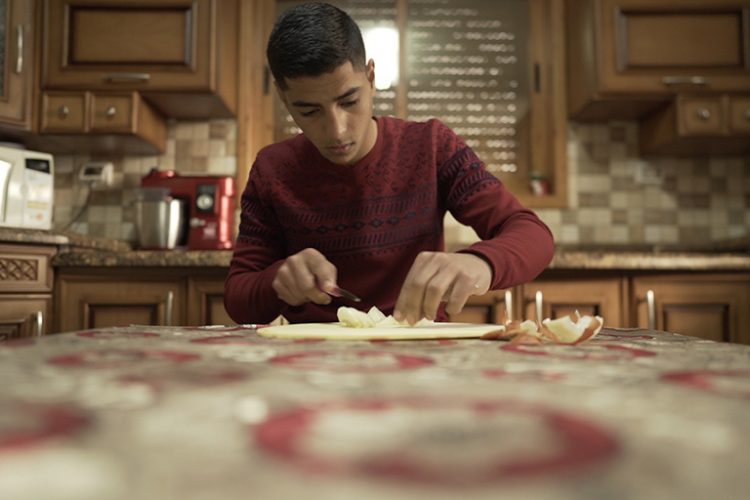 Obaida was first arrested by Israeli forces on his way to the grocery store. Soldiers blindfolded him, tied his hands behind his back, and accused him of throwing stones, the most common charge against Palestinian children in the military courts. Then he was taken to Etzion interrogation center, located inside an illegal Israeli settlement.

“I’ll beat you up and knock out your teeth if you don’t confess,” threatened the Israeli interrogator tasked with convincing Obaida to admit he was throwing stones. The interrogator forced Obaida to sign a document in Hebrew. After hours of interrogation, Obaida was transferred to Ofer military court and prison, but not before he was strip-searched. Obaida fought the charges against him and eventually was acquitted, but he remained in Israeli custody throughout the court proceedings and spent nearly three months in prison.

Obaida was arrested again less than a year later and chose to plead guilty in hopes of securing an earlier release. After this second detention, DCI–Palestine produced a short film about him. Obaida told his story in a strong voice that expressed hope for Palestine’s liberation.

“I feel freedom but it is not complete freedom,” said Obaida. “We first have to be liberated [from the occupation] before I can feel that I am truly free. I feel freedom in that I can come and go, hop in a taxi, talk to anyone I want, argue with anyone I want. You have personal will, you can do whatever you want. This was something I missed when I was in prison. But we’re not liberated, so how can I truly be happy?”

The short film was viewed by thousands of people around the world, with screenings in Washington, D.C., San Francisco, London, and elsewhere. Everyone who watched the film felt connected to Obaida. His story inspired countless people to take action for Palestinian children.  After the film was released in the spring of 2019, Obaida was detained for a third time and released a few days later without charge. The Israeli military could see he was a bright teenager, unafraid of sharing his story with the world.

In May 2021, Israeli forces targeted Obaida one final time. While the Israeli military bombarded the Gaza Strip for 11 days, Palestinians across the occupied West Bank protested the violence with demonstrations in every major city. At a demonstration in Arroub refugee camp, where Obaida lived, Israeli forces killed him with a bullet to his chest. Obaida was 17 years old, just a few weeks shy of his 18th birthday.

As of August 30, Israeli forces have brutally killed 73 Palestinian children this year, according to our documentation. No one has been held accountable for their deaths, and it’s unlikely anyone ever will. Israeli forces act with complete impunity knowing that there will not be consequences for unlawful killings and other serious breaches of international law. Until the international community holds perpetrators accountable, this will remain the reality for Palestinian children.

Palestinian children deserve better than what the world has offered them. They deserve a future free from violence, one where their dreams aren’t constrained by the Israeli military occupation. A liberated future, like Obaida dreamed of.

This year marks DCI–Palestine’s 30th anniversary. For 30 years, we have defended Palestinian children in the Israeli military court system, connected them with psychological support after their release, trained children to document children’s rights violations in their communities, worked with duty bearers to create child-friendly systems and environments, and more. While this work is rewarding, I must admit it has not gotten any easier. Our organisation faces increasing attacks and repression that make advocating for Palestinian children dangerous and difficult.

A network of extremist Israeli civil society organisations, with the support of the Israeli Ministry of Strategic Affairs and Public Diplomacy, have organised defamation campaigns to delegitimise international, Palestinian, and even Israeli humanitarian and human rights organisations defending the rights of Palestinian children. While their allegations are unsubstantiated and distort critical factual or legal elements, they have nonetheless negatively impacted the ability of organisations like ours to deliver critical assistance to Palestinians and advocate on behalf of their human rights.

At the end of July 2021, Israeli paramilitary border police raided DCI–Palestine’s headquarters in Al-Bireh, just south of Ramallah in the occupied West Bank, confiscating computers and child client files. Responding to this raid and other attacks is an enormous task that takes valuable time away from working for Palestinian children’s rights.

Despite these continued attacks designed to divert our resources, crush our morale, and scare our international network of trusted partners, our team remains committed to defending the rights of Palestinian children like Obaida, who deserve a liberated future, not one that is violently taken away. 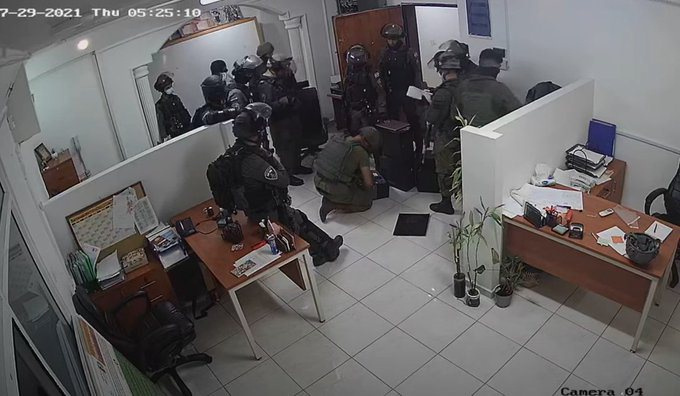