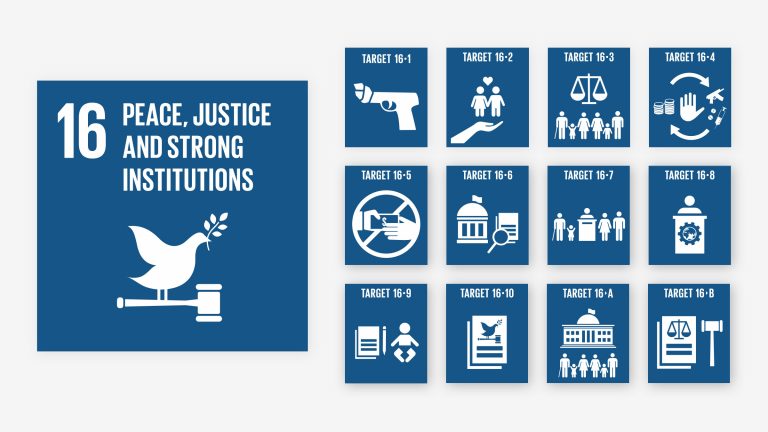 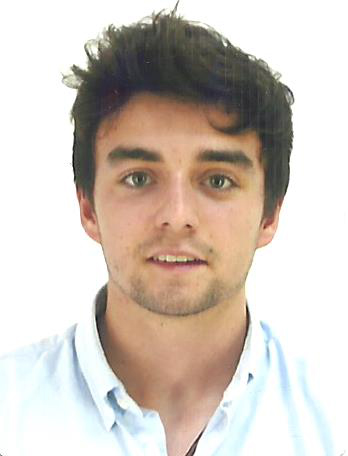 In 2015, UN Member States adopted  the Sustainable Development Goals (SDGs), a global human rights initiative to eradicate poverty and promote prosperity in countries around the world, with a firm commitment to “leave no one behind”.  From their universal approach, to their inclusive and comprehensive nature, SDGs are built on the principles and international standards embedded in human rights and are subsequently oriented towards including a human rights perspective in global, regional and international policies of all countries. To do so, the SDGs have set out specific goals in 17 areas that need to be met by the year 2030, and have established specific targets whose progress is measured with various indicators. Among the numerous areas of focus we can find SDG 16 on “Peace, Justice and Strong Institutions”.

In particular, SDG 16 is built on the belief that in order to achieve sustainable development, it is necessary to ensure first the establishment of peace, security and justice through the work of effective and transparent institutions that uphold the rule of law and guarantee equal access to justice for all. Thus, SDG 16 aims to put an end to all forms of violence and conflict through the promotion of human rights, to meaningfully increase the role of developing countries at the international level, and to guarantee decision-making processes are marked by inclusivity, representation and ample participation.

To monitor the progress achieved in this field, SDG 16 has a total of 16 targets, including 16.2 oriented towards putting an end to “abuse, exploitation, trafficking and all forms of violence against and torture of children”, and target 16.3 on promoting “the rule of law at the national and international levels and ensuring equal access to justice for all”. To achieve progress in these fields, international cooperation and broad participation from civil society is necessary, which is why the work of NGOs in this arena has remained of vital importance. In that spirit, the work of Defence for Children International (DCI) has contributed to further progress in achieving the goals set by SDG 16, particularly by working towards tackling targets 16.2 and goal 16.3, with a particular focus in ensuring equal access to Justice for Children. 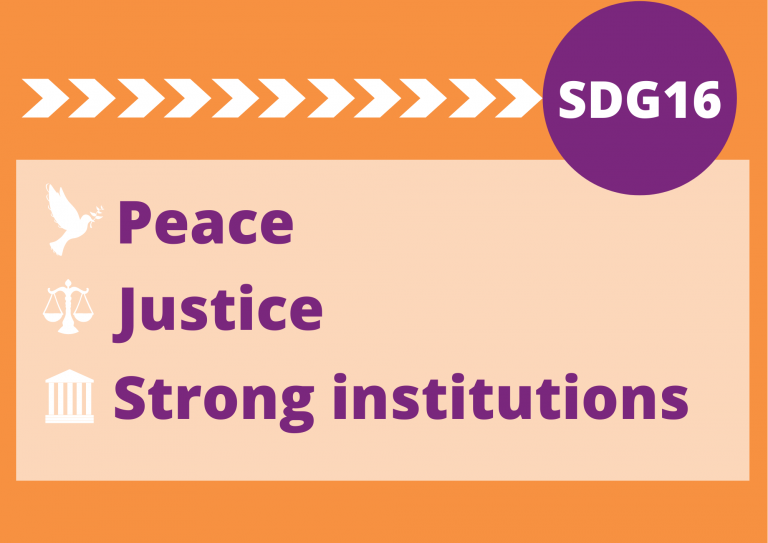 Indeed, since its foundation, Justice for Children has remained the overarching thematic priority of the DCI Movement, evidenced by its constant work on establishing leadership, experience, and technical expertise on this thematic issue throughout the past four decades. To counter the widespread lack of political will to promote Justice for Children, DCI’s initiatives with the UN, regional mechanisms and national and local institutions, have proven to be vital in empowering children as actors and effectively advocating for their rights.

Examples of such initiatives can be found in 2019’s Justice for Children Justice for All initiative aimed at fulfilling the goals of SDG 16 and led, among other organisations, by Defence for Children International. Such commitment towards successfully accomplishing what was set out in the 2030 Agenda can be further identified in DCI’s 2019 submission of inputs to the elaboration of the General Comment No. 24 on ‘Children’s rights in the child justice system’, thereby reinforcing its ongoing cooperation efforts with the UN Committee on the Rights of the Child. The submission of DCI was aimed at ensuring the inclusion of a minimum age indication for criminal responsibility, which remains strikingly low in several Member States, and at fostering positive language that avoids stigmatising children when entering into contact with the justice system. In addition, DCI led the efforts that resulted in the UN Global Study on Children Deprived of Liberty (GSCDL), which amongst other areas, focuses on depicting the challenges experienced by children deprived of liberty in the administration of justice, but also seeking justice for children in other areas such as children on the move, children in institutions, children in national security contexts or children in armed conflicts.

Another example of DCI’s commitment to SDG 16 and to fostering justice for children was evidenced by the activities of DCI-Sierra Leone, which in 2020 organised a press conference in the district of Bo, whereby young girls were given a platform to voice their frustration with the systematic delays which victims of sexual violence face when accessing the justice system. As a result of Sierra Leone’s efforts to position itself as a champion on Sustainable Development Goals, in particular SDG 16, on January 2021 DCI met with the Sierra Leonean Ministry of Gender and Children’s Rights Affairs in Freetown to discuss child rights priorities for the UPR, CRC, HLPF and advocate for the dissemination of the Global Study on Children Deprived of Liberty and the ratification of the 3rd Optional Protocol to the UNCRC on a Communications Procedure (OPIC). Regarding the SDGs, the voluntary national review (VNR) report for Sierra Leone is due this year. The Ministry of Development has already organised initial meeting with different government institutions and CSOs to set the agenda. DCI will play a pivotal role in the process, including by organising consultations with children and young people.

In addition, through its National Sections and associated members, DCI has developed Socio-Legal Defence Centres to support children in accessing justice. With a presence in all the regions of its National Sections, SLDCs provide training, technical assistance, and capacity building in addition to legal aid for children around the world. In that context, DCI-Sierra Leone launched in February 2020 an initiative to build in a Child Rights Centre in Freetown, thus enhancing access to justice, rehabilitation and reintegration for children. Even in the context of the ongoing pandemic, DCI has remained active in promoting SDG 16, as DCI-Africa submitted a statement at the 36th Session of the ACERWC (African Committee of Experts on the Rights and Welfare of the Child), whereby it advocated, amongst other things, for the recognition of children’s unique needs in the context of the COVID-19 pandemic.

From its creation, Defence for Children International and its national sections have remained committed to ensuring the best interests of the child in the administration of justice and have strived towards achieving notable progress in the field of Justice for Children. Yet, despite the notable efforts of civil society and organisations like DCI, access to justice for many children continues to be regarded as a privilege instead of a human right. For that reason, international cooperation is needed now more than ever to ensure no child is left behind when exercising their fundamental right of accessing justice, including by using and implementing the new tools available, i.e. the Global Study on Children Deprived of Liberty, the General Comment 24 of the UNCRC and the SDG 16+ Initiative on Justice for Children, Justice for All.