Home » State violence against children: Fragility, violations, and States’ responsibilities in Latin America and the Caribbean

State violence against children: Fragility, violations, and States’ responsibilities in Latin America and the Caribbean 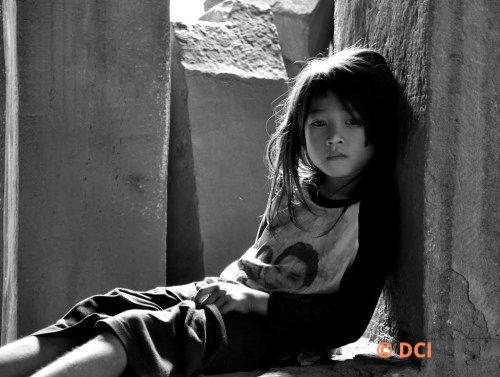 Despite the positive steps taken by Latin American and Caribbean States after adopting the UN Convention on the Rights of the Child (UNCRC) and committing to the 2030 Agenda for Sustainable Development Goals, which seeks to eradicate all forms of violence against children[5], statistical data show a continued lack of respect for the rights of children in the region.

We recognize the efforts that States in Latin American and Caribbean have made in recent decades to adapt their legislation to the standards of the UNCRC and move towards comprehensive National Child Protection Systems (SNPI by its Spanish initials)[6]; however, there is still a long way to go to achieve the effective and full implementation of the Convention, especially in regards to the most vulnerable and excluded groups of children.

Juan Fumeiro, Vice-President of Defence for Children International – Americas Region (DCI-Americas), highlights how the region’s States not only experience difficulties in their role to prevent and eradicate violence against children, but, in many cases, exercise “institutional violence”[7] against them through their law enforcement agencies. “State violence against children,” explains Fumeiro, “represents a common denominator throughout the region.” He continues: “It is very diverse and occurs in different ways, generally affecting the most vulnerable sectors of the population and mostly those in critical contexts”.

Prevailing civil insecurity often blamed on adolescents by the public and high rates of violence characterise the complex context of the region.  On this matter, the Inter-American Commission on Human Rights (IACHR) indicates that States react by adopting policies intended to show short-term results which fail to provide real solutions to the current problems[8].  The lack of long-term solutions ultimately leads to child rights violations as it affects the rule of law and the systems that guarantee their human rights.  The consequence is a climate that reproduces and perpetuates existing scenarios of violence and insecurity.

In responding to public insecurity, State agents, such as police and prison service agents, commit human rights violations against adolescents, either in the context of detention for the alleged commission of criminal offense, or in centres of deprivation of liberty, or even in public spaces.

Frequently, children and adolescents, especially those from marginalised neighbourhoods, are arrested for alleged criminal offenses and transferred to police stations where they are submitted to an interrogation.  They are pressured to give statements without the presence of a lawyer and without any guarantees, often suffering abuse of power which includes inhuman and degrading treatment.[9]

The public’s blaming of children and adolescents as responsible for civil insecurity and the popular conception of retributive justice produce “strong hand” policies that punish those who committed crimes to prison and inflict suffering for the consequences of their misconduct. Moreover, increased penalties and proposals to lower the age of criminal responsibility are two predominant approaches used to manage the situation. Consequently, children and adolescents get access to judicial systems that do not provide alternative measures to the deprivation of liberty (non-custodial measures) but promote detention as the first (and often only) resource, intensifying their conditions of vulnerability.

Far from reaching a comprehensive approach for a multicausal problem such as crime, the socio-educational measures and sanctions applied toward children’s and adolescent’s misconduct frequently neither consider the child’s personal reality and vulnerable situations nor provide tools for a satisfactory social reintegration of the child.

Lastly, detention centres do not employ specialised personnel, and various situations of abuse, mistreatment, and torture happen in the context of deprivation of liberty. In this matter, the testimony of Lucas Matías Mendoza[10]  is emblematic. When he reconstructed the facts and testified about the abuses he suffered when he was in a prison for adolescents in Buenos Aires (Argentina), he said, “I was in my cell and two agents entered and began to beat me with punches, kicks and shovels on my head”.

Mendoza’s case reached the Inter-American Court of Human Rights almost 11 years after it happened. Today, Mendoza is free, but he spent more than 20 years in prison with his captives, carrying out a life sentence imposed when he was not yet 18 years old. However, it is essential to emphasise that often officials who commit child rights violations are not held accountable, creating a climate of impunity for State officials that encourage the repetition of these behaviours.

Alarmingly, a tendency is rising in the region to apply guidelines for heavy-handed and “easy trigger” policies rather than for protecting and promoting the rights of the child. Examples of such policies include silencing social demands and criminalising protest, intervening in public spaces, and limiting the participation of citizen children.

Last year, Latin American and Caribbean citizens of the region organised numerous peaceful protests [11] to express their discontent with the governments, the complex social reality, the economic slowdown, the corruption, the inequality, and the lack of opportunities. In this context, adolescents were protagonists, but also the main victims of a repressive response from the police. The excessive use of force, sometimes without hesitation and with the unjustified use of lethal weapons, resulted in the death of many citizens.

Evidently, the impunity with which many law enforcements officers act foments scenarios like the one mentioned above.  A lack of adequate mechanisms for receiving complaints lead to an impartial process of investigation that allow for inquiry and condemnation of the disproportionate and illegitimate use of State force.

In this regional context, DCI’s National Sections in the Americas Region (DCI-Americas) face several challenges in their mission to promote and protect the rights of the children through the implementation of comprehensive protection, denunciation, and investigation systems that respond to children rights’ violations.  To bolster their influence and support complaints of emblematic cases of children’s rights violations, DCI sections participate in different spaces such as national coalitions, national preventive mechanisms against torture, National Human Rights Institutions, and local United Nations and UNICEF agencies. DCI uses also the holistic approach of Socio-Legal Defence Centres (SLDCs) [12 ] providing the possibility for children, both to defend their rights as well as to heal from the traces of violence. In this way, DCI sections contribute toward and ensure the progressive change of children’s and adolescent’s social reality in the region to ensure the full enjoyment of their rights.

[3]  Save the Children, Violence against teenagers in Latin America and the Caribbean, 2018.

[6] Inter-American Commission on Human Rights:  Towards the effective guarantee of the rights of children and adolescents: National Protection Systems, 2017.

[10] More information about the Mendoza case and others: https://www.corteidh.or.cr/tablas/fichas/mendozayotrosarg.pdf

[11]. Bolivia, Chile, Colombia, Haiti, Honduras, Nicaragua and Venezuela were the main scenarios for a regressive social and political system. Where the increasing social disruption was clashed with a brutal police repression.