The work of a Socio-Legal Defence Centers consists in actively offering direct access to justice and corresponding quality social-legal support, including the provision of information, referrals to other service providers, psychosocial counseling, free-of-charge legal advice, and representation – including in court.

STATUS OF PRACTISE IN THE MENA REGION

Although the Socio-Legal Centers have been set up by DCI globally in the past two decades, centers of this kind are relatively new in the MENA region.

In Yemen, the SLDC project started in 2020, and despite national lockdown and restrictions of movement, provided legal help to 84 children who were finally released from detention. Similarly, in Lebanon, where the project started only in 2020, 46 children received legal aid, and the Center assisted 15 children who were at risk of arbitrary detention. In the region, we can find SLDCs in Mauritania, Palestine, and Morocco. In Palestine, the implementation of the project brought about a structural change in 2019, with the designation of a new Socio-legal Defence Unit within DCI-Palestine in charge of developing and monitoring the project.

In Mauritania, the Socio-Legal Defence Center has been inaugurated in 2017. The Center operates through a hotline for children and women victims of violence and a contact center with legal and social staff called “El Waifa”. Initially, the objective was to assist 200 children for the duration of the project (2017-2019) but the need was higher than expectations, resulting in over 595 children receiving support from the Center during this period (297,5%).

SLDCs often reach remote areas and provide first legal advice to the more marginalized groups (for instance, children dropped out from schools. The team of a Socio-legal Defence Center typically includes social workers and lawyers, although psychologists, educators, and other professionals can also be part of the team to ensure a more comprehensive approach. The multidisciplinary team is specifically trained in children’s rights, child justice, and other legislation applicable to children, as well as child protection and welfare.

These Centers provide first-hand data to policymakers about violations and abuses of children’s rights at the local and regional levels. At the National level, DCI campaigns for a child-rights-based approach in public policy and raises awareness about human rights mechanisms for the protection of children’s rights. In 2020, for instance, our Socio-Legal Defence Center in Morocco organized 18 workshops on the Convention on The Rights of the Child.

According to the WHO, half of all mental illnesses begin by the age of 14 and three-quarters by mid-20s. The mental health in childhood influences wider health and development outcomes. That is why the Centers are increasingly offering psychological support and free counseling for children experiencing a mental illness. Only in 2020, the SLDC in Morocco offered free counseling services to 98 children, while in Lebanon, where the Center integrated psychological support in 2020, the demand for such service increased dramatically during the COVID-19 pandemic and the devastating explosion in Beirut port., summing up with the need of refugees coming from Syria. As a matter of facts, Lebanon remains the country hosting the largest number of refugees per capita. There are, an estimated 1.5 million Syrian refugees (UNHCR, 2020).

Socio-Legal Defence Centers can also be a place of experimentation for creative intervention to challenge stereotype and social norms. We saw it in Morocco where in 2020, the Center launched a new training on the Theatre of the Oppressed, which is a theatre-based technique to deconstruct stereotypes and restore true dialogue. The performing actors, 40 young girls and boys, were encouraged to transform an attitude, a behavior, a habit i. This educational path included many theatre-based techniques: image theatre, forum theatre, joker function, mediation, and balance, resolving key points, memory, staging, body, and space, working on imagination, and encouraging reflection to deconstruct prejudices. The added value of this tool is to act through playful mode to become an actor of change far from judgments of value and ready to fight against stereotypes and the reproduction of oppression.

A LONG-TERM PARTNER IN DECISION-MAKING

The SLDC works with civil society organizations, as well as national authorities like the Ministry of Justice, the Public Prosecutor’s Offices, and the Ministry of Social Affairs, Family and Children. In Marocco, the Center has worked with the Department of Children’s Affairs in the Ministry of Social Affairs, helping out 120 children, some of the child victims of sexual violence or forced and early marriages. DCI-Lebanon works with State schools and municipalities so the SLDC acts as a referral pathway. DCI-Lebanon works with several local partners, like Dar Al Lamal, an NGO working for the development of the prevention and protection of children in vulnerable settings and the empowerment of young girls and women, and Teracosian for therapeutic support.

At the collective level, through social advocacy, the SLDC builds from the bottom-up a ‘child-friendly’ society that provides protection and possibilities of empowerment for children. The SLDC promotes structural social changes by promoting the adoption of laws, policies, and practices that are specific to the rights of children and respect international laws and standards. SLDCs build capacities for improving the situation of children in their social environment, appealing to authorities when children’s rights are not fully respected.

SLDCs also contribute to reporting systems within the framework of various international human rights mechanisms that monitor the implementation of children’s rights, such as the United Nations Committee on the Rights of the Child, the Human Rights Council (HRC), and its Universal Periodic Review (UPR), and other human rights mechanisms at the regional level. Through leading cases and landmark decisions, these grassroots interventions aim at gradually improving the overall situation of children. 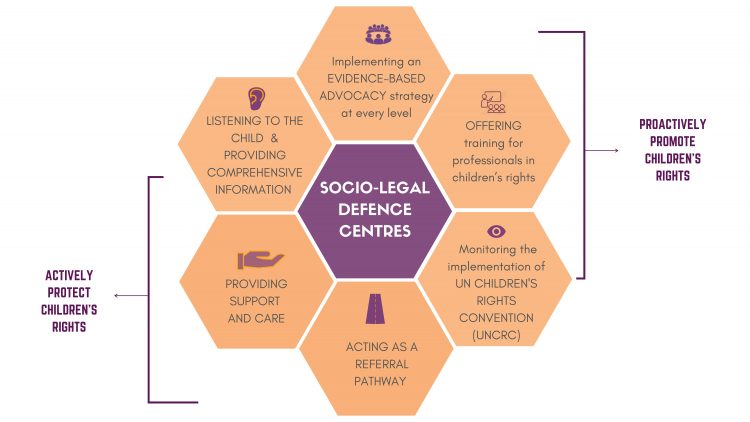 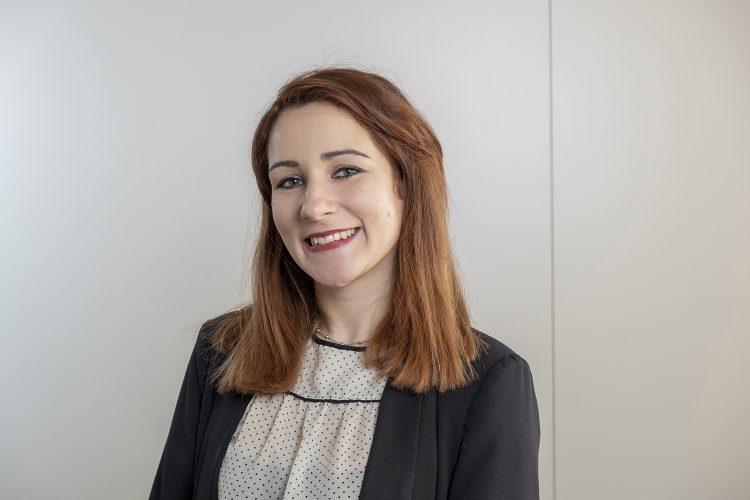