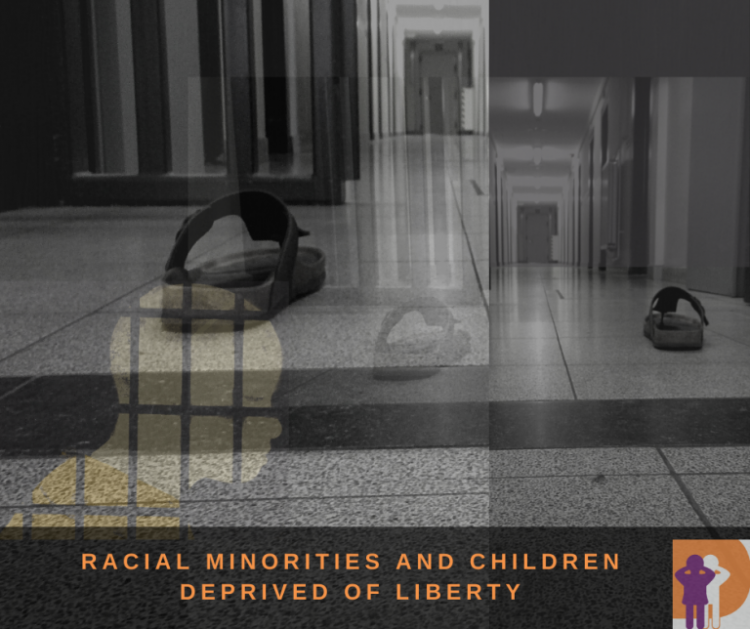 In the midst of the global COVID-19 pandemic, citizens from all over the world were outraged by the assassination of George Floyd at the hands of Minneapolis police officers. Far from being an isolated unfortunate incident, this event reflected a context of structural discrimination and violence that racial minorities, including children, face during all stages of the administration of justice.

In this sense, civil society organisations such as Penal Reform International have documented that racial minorities are more often subjected to arrest and pre-trial detention than their white peers, which results in their over-representation in detention facilities.[1] Moreover, economic and social inequalities accentuated by the pandemic have resulted in higher rates of incarceration among persons of African descent.[2]

Those inequalities, which are unfairly mirrored in detention centres, are just symptoms of the crisis inherent to criminal justice systems worldwide. The focus on criminalisation rather than on prevention, together with a lack of alternative sanctions and diversion mechanisms, has contributed to the overcrowding of prisons, which grievously impacts the dignity of children deprived of liberty.

This reality has acute humane consequences that pass largely unnoticed by society. This lack of empathy, which severely impacts the rights of incarcerated persons, disproportionately affects children deprived of liberty from racial minorities. Thus, punitive, populist and discriminatory narratives enable a discriminatory environment leading to the justification of human rights violations as well as the underfunding of justice systems and detention centres.

In fact, the 2019 United Nations (UN) Global Study on Children Deprived of Liberty found that children from racial minorities indeed face discrimination within justice systems from all over the world and that they are overrepresented in detention. According to the Study, discrimination in this setting has an historical and systemic nature, which is exemplified by disparities in the use of pre-trial detention and the use of racial profiling. In addition to having long-term effects on these children’s development and mental health, detention exposes boys and girls of African descent to further risks of violence, inequality and discrimination.

To address this pressing issue, States must comply with general international human rights standards, including by abolishing life imprisonment for children, raising the minimum age of criminal responsibility (to, at least, 16 years old), and ensuring that children are solely arrested, detained or imprisoned without discrimination, as a measure of last resort and for the shortest period of time. Finally, as recommended by the UN Global Study, States should address the overrepresentation of children from racial minorities in the criminal justice system and prevent the risk of racial profiling.