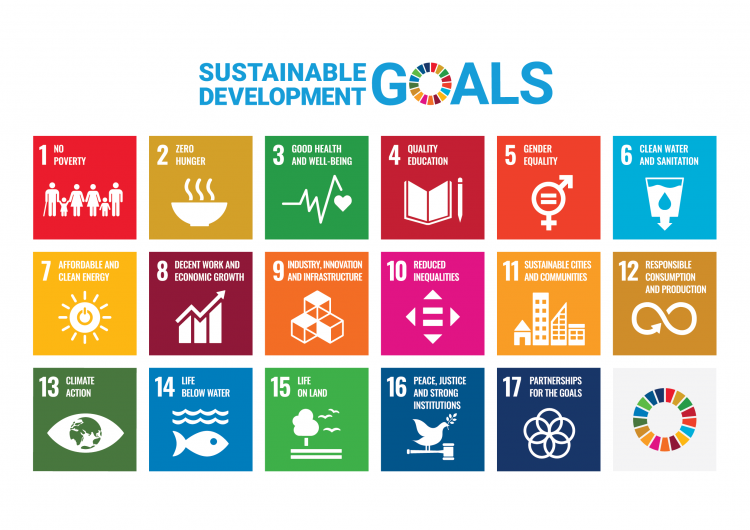 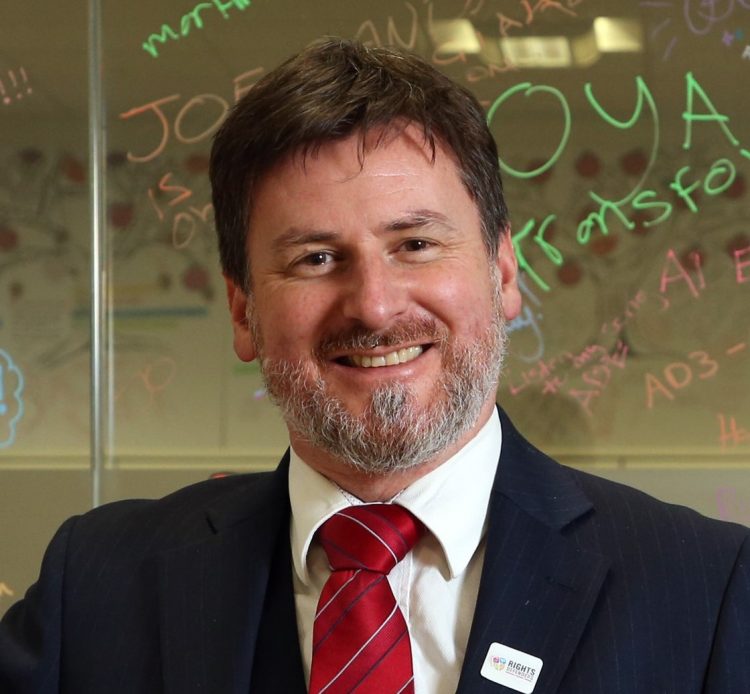 Bruce Adamson is a human rights lawyer who has been the Children and Young People’s Commissioner Scotland since 2017. Originally from New Zealand, he moved to Scotland in 2002, and became chair of the board of trustees for the Scottish Child Law Centre before working for Scotland’s first Children’s Commissioner, and the Scottish Human Rights Commission. He has worked as a human rights expert for a number of international bodies and was formerly the United Nations representative for the Global Alliance of NHRIs. Bruce is currently the Chair of the European Network of Ombudspersons for Children.

Human rights must not be forgotten in times of crisis; on the contrary, they become more important than ever. In July 2015, Scotland became one of the first countries in the world to adopt the Global Goals for Sustainable Development (SDGs), but the Covid-19 pandemic has resulted in a global health emergency and a children’s rights emergency which has created new challenges. Thankfully we have also seen children and young people acting as human rights defenders and champions for the 2030 Agenda for Sustainable Development, challenging those in power to do better. In Scotland, that has helped secure a stronger legal framework for rights.

In April 2020, the United Nations Committee on the Rights of the Child warned of the grave physical and psychological effects of the pandemic on children, and we have seen that come to pass. The Committee called on states to take a rights-based response, with a focus not just on public health, but on the broad framework of rights – including economic, social and cultural rights. Unfortunately, there is little evidence of a rights-based approach in Scotland, or reported from colleagues across Europe.

The road to delivering the 2030 agenda has been severely undermined. We have seen children and young people’s rights to education, health, family life, play, and to gather with friends infringed over the last 15 months. Those whose rights were already most at risk have been disproportionately affected; disabled children, black and minority ethnic children, care-experienced children, young carers, and those living in poverty. Everyone has been affected by the pandemic, but the effects have not been felt equally. The commitment in SDG No10, reducing inequalities, takes on even greater significance now. More children are now living in poverty, suffering poor mental health, and dealing with bereavement. There has been a distinct lack of the use of the tools needed to ensure rights are respected, protected and fulfilled. In July, concerned at a lack of a rights-based approach from government, we produced an Independent Children’s Rights Impact Assessment (CRIA) of Scotland’s response to Covid.  Strengthening our work as a National Institution requires international cooperation, as set out in SDG 16.a. We worked with colleagues across the European Network of Ombudspersons for Children (ENOC) to develop a new common framework for CRIA. Unicef and ENOC have now launched a joint project to develop CRIAs on covid in countries across Europe and Central Asia.

Children have consistently told us that they haven’t been included in decision-making on Covid. Without the use of impact assessments or participatory approaches, how are decisions legitimate or effective?  As part of the World Health Organization’s Technical Advisory Group on Schools, we have sought to ensure that the actions taken to protect public health recognise the impacts on other rights. When school buildings closed, digital exclusion and inconsistent provision of online learning hugely impacted children’s right to an education and the commitment in SDG No4. The UN has estimated that by April 2020, 1.6 billion children and students were out of school. In Scotland, the only children being taught in school buildings were the most vulnerable or those of key workers. But of course, school is not just about lessons, it is about developing children to their fullest potential. School communities are places of support and safety. Closing schools and nurseries has been necessary, and may again be necessary, to protect life but more needs to be done to protect children’s rights when they can’t access support in school. Restrictions on socialising impacted the right to play and peer relationships which we know are so important to children’s development. 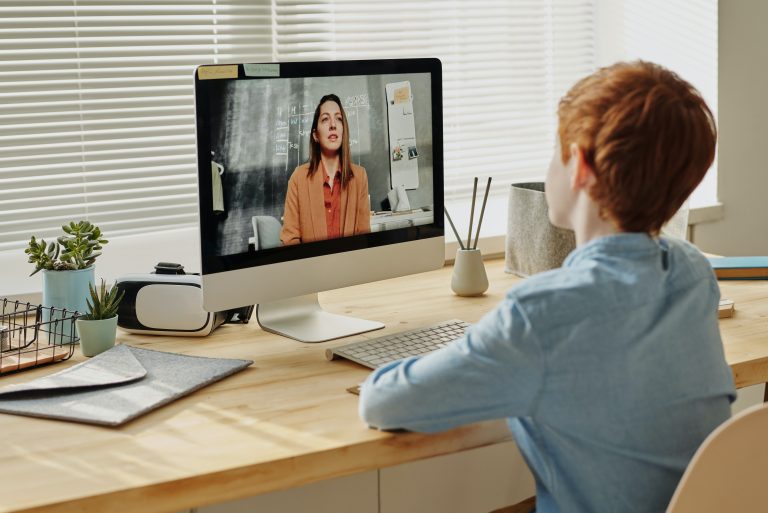 Poverty was the biggest human rights issue in Scotland before Covid, with one in four children affected, and the pandemic has made this worse. This mirrors what is happening in the rest of the world. The UN says that more than 71 million people were living in extreme poverty in 2020. Years of progress working towards SDG No1, no poverty, has been put at risk by events of the last year. Many children living with food insecurity relied on school meals, many live in substandard housing where overcrowding and lack of access to private outdoor space made education and recreation especially challenging. Social security and other supports were often slow to be put in place. In future, governments must ensure that support gets to people when they need it.

Mental health services were stretched before the pandemic; children have told us their mental health has deteriorated in the last year, yet it has become harder to access treatment. Parental mental health has also suffered, placing additional challenges on young carers. Children and young people have shown incredible resilience over the last 15 months. They have mastered new technologies, and more self-directed learning. They have pointed to positives such as more time with families and a growth of neighbourhood and community cohesion. We must avoid the language of the need to “catch up” as we build upon these strengths. As we emerge from the pandemic, it’s clear that a rights-based approach is the only way we can truly recover. The virus plunged the world into a period of darkness yet there have been unwavering glimmers of light. One of the positives has been the determination of young human rights defenders to continue to hold decision-makers to account.

A central part of the 2030 agenda and SDG 16 is ensuring responsive, inclusive, participatory and representative decision-making at all levels. Children and young people’s participation is a core value of our office and is at the heart of everything we do. The pandemic forced us to change our working practices to ensure this could remain the case. Our office’s Young Advisers Group continued to defend human rights but we moved to online meetings. This meant more frequent meetings and made it easier for young people who live in rural areas or on the islands to participate. The closure of school buildings meant the office had to come up with new ways of speaking to children and young people to hear their views. Digital listening days were an opportunity to engage with them when Scotland was placed back into lockdown in January. We spoke online to a diverse range of age groups from a youth group and schools from a wide geographical area.

Young human rights defenders from our office engaged at a high level when they gave evidence via video link to the Education and Skills Committee at the Scottish Parliament in March. They spoke about school closures, exam cancellations, issues around assessments, and the impact of the pandemic on mental health. They also expressed their frustration that decisions around these issues were made without consulting or listening to children and young people. We watched with pride as another young human rights defender, Hope, addressed the UN Human Rights Council Social Forum on poverty, via video link from her home in Orkney in the Northern Isles of Scotland. Her powerful presentation urged those in power to include children and young people in decision-making.

Despite the challenges of Covid, I am pleased that Scotland has been able to make progress on securing better legal protections for human rights. In March, after decades of campaigning, the Scottish Parliament unanimously voted to incorporate the UNCRC into Scots law. We require a domestic law in order to give domestic effect to international obligations, and the state has been reticent to do so for human rights – especially economic, social and cultural rights – so this is incredibly exciting. Children’s rights will be enshrined in law and they and their families will have the knowledge and tools to fight for their rights when the government fails them. Those whose rights are most at risk will most benefit from incorporation. The hard work and campaigning have also had a wider impact, with the Scottish Government now committing to additional laws to incorporate treaties such as ICERD, ICESCR, CEDAW, CPRD, and the right to a healthy environment.

The recovery from coronavirus will be long and difficult. Yet there is hope in Scotland. Incorporation of the UNCRC gives us a powerful tool to address inequalities and centre children’s rights and ensure that Scotland’s commitment to the 2030 Agenda back in 2015 is taken seriously. We are also witnessing the next generation of human rights defenders championing children’s rights. It is our responsibility to amplify their voices and work on their behalf.