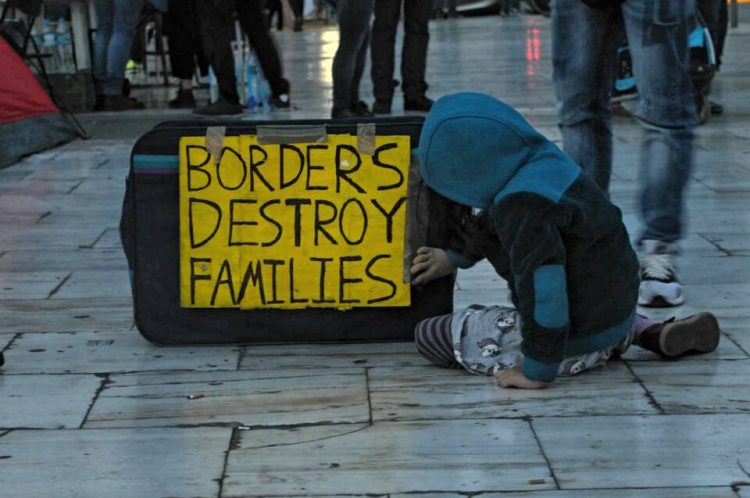 (Athens, March 4, 2020) – European Union (EU) Member States should urgently relocate unaccompanied children from the Greek islands to safety in their territory, while ensuring that the children’s best interests are taken into account, 65 human rights, humanitarian and civil society organizations said in a statement today. The groups warned of widespread violations of children’s rights and threats to their health and safety across the Aegean islands’ refugee hotspots. Action is all the more urgent in light of the escalating violence on Lesbos and as increased arrivals to the islands could lead to further deterioration of the dangerous conditions in the camps.

“The EU Hotspots on the Aegean islands are entirely unsuitable and in some cases life-threatening places for unaccompanied children,” said Stephanie Pope, EU policy and advocacy manager at Refugee Rights Europe. “Each EU state only needs to accept a small number of unaccompanied children to end the intolerable situation these children are in. We believe the EU can do better.”

Over 1,800 unaccompanied children are struggling to survive on the Greek islands, the groups said. Children are deprived of  their fundamental rights, such as access to shelter, water, food, medical, and psychosocial – mental health – care, as well as education. They are exposed to inhuman and degrading living conditions. Many children cannot secure a place in specialized accommodations for unaccompanied children because of lack of space, and are forced to face unsanitary and dangerous conditions, with many sleeping outdoors. 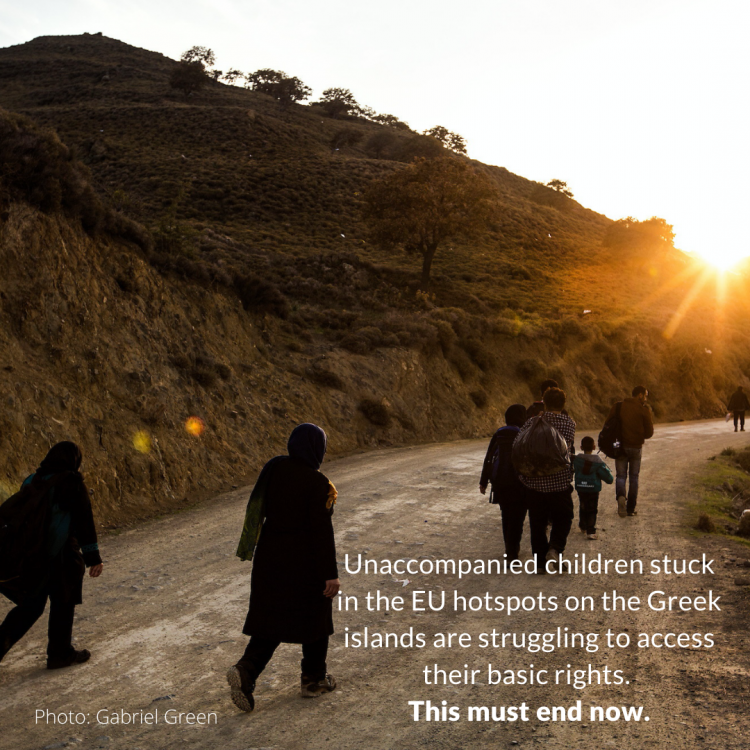 “Unaccompanied migrant children are some of the most vulnerable people in the world,” said Eva Cossé, Greece researcher at Human Rights Watch. “Yet lone children on the Greek islands are being deprived of the most basic necessities of life and living in inhuman conditions.”

“Unaccompanied children stuck on the Greek islands must be urgently assisted. Exposed to multiple dangers, many are forced to sleep out in the open, without essential support to alleviate their suffering or uphold their rights. All the children must be protected. Those with family in other parts of Europe must be reunited with them. This can happen through existing reunification channels or new bilateral agreements between Member States and Greece,” added Dimitra Kalogeropoulou, Head of Office, IRC Greece.

We, the undersigned organizations, jointly call on the governments of European Union (EU) Member States to immediately commit to the emergency relocation of unaccompanied children from the Greek islands to other European countries, giving precedence to existing family links and the best interests of the child. Action is all the more urgent in light of the escalating violence on Lesbosi and as increased arrivals to the islands could lead to further deterioration of the dangerous conditions in the camps.

Over 1,800 unaccompanied children live in the EU hotspots – Reception and Identification Centers – on the Greek islands.iii Children are deprived of access to their most basic rights such as shelter, water, food, medical and psychosocial care, as well as education.iv If each EU Member State relocated just 70 unaccompanied children, these children would no longer be homeless and living in inhumane conditions on the Greek islands.

VIDEO ABOUT THE SITUATION OF UNACCOMPANIED MINORS