Every mutilated girl or woman is one too many

The harmful traditional practice of Female Genital Mutilation (FGM), which currently affects 200 million girls and women worldwide according to Unicef data, occurs mainly in Africa, where it is estimated that 91.5 million women and girls over the age of 9 are currently living with the consequences of genital mutilation.

Female Genital Mutilation (FGM) is an extremely violent, and harmful cultural practice, as excision is a violation of the integrity and dignity of girls and women. International and regional human rights laws condemn these practices as serious violations of fundamental rights. In Mauritania, it is often practiced at the age of birth and the majority of the population links it to religion and calls it “Sunna” which is wrong since FGM has no established link with religious texts, it is a deeply rooted ancestral practice which conveys many prejudices about women.

In Mauritania there are four communities, that do not practice FGM, for example, the Wolof, a West African ethnic group prevalent in northwestern Senegal, but also found in the Gambia, and southwestern coastal Mauritania. The toll, both physically and psychologically, is heavy – it is imperative that FGM be considered a heinous crime and an attack on the physical and moral integrity of women. Young girls and their families must be alerted on the psychological, health, and social consequences of FGM, which often result in the death of the victim or a lifelong disability. It is time to move towards its formal prohibition and criminalization. In fact, despite the 2005 Ordinance on the criminal protection of children, no case of arrest or legal proceedings concerning excision has been reported in Mauritania. Social pressure and stigmatization can be major obstacles for survivors to overcome.

There are many misconceptions about FGM. Mostly cultural arguments are put forward, such as the ritual of passage to adulthood, purity before marriage, belonging to the community, and so on.  In Mauritania, the function is assigned to the “oldest women”. There is therefore knowledge and know-how that is transmitted from generation to generation. These women live from these harmful practices which provide them with a source of income.

As a result, it is therefore necessary to undertake long-term work for the destruction of this social classification, which is still considered necessary, but also to re-qualify the women in charge of these practices. 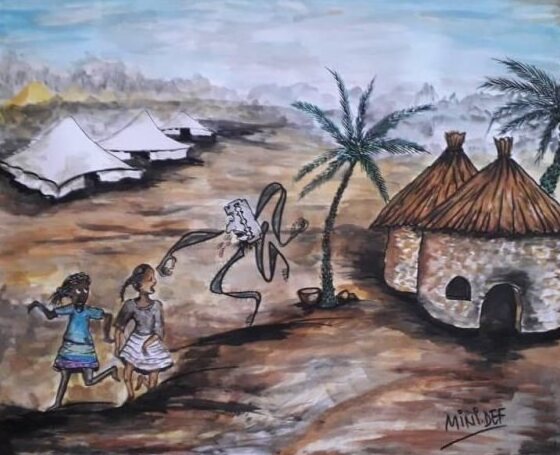 This is why the causes, deeply rooted in tradition, still nourish the idea of such barbarity. It is therefore urgent to carry out campaigns against cultural arguments, that run counter to the physical and moral integrity of women. Cultural and scientific counter-arguments are welcome to fight massively against these practices.

State support (apart from penalisation) is needed for community campaigns because, until today, civil society associations and NGOs are almost the only ones to have undertaken fieldwork to change mentalities and, in most cases, the victims of these practices are unaware of their disastrous consequences on health.

On the other hand, FGM is becoming difficult to eradicate despite the efforts of civil society and development partners because these practices continue to invade and violate all women’s human rights and the risks noted from these practices are very often: urological, gynecological, infections, dropping out and failure at school in cases where excision is followed by early marriage, pain during sexual intercourse and menstruation, risks of incontinence, complications during pregnancy and childbirth, psychological distress, etc. Sometimes the excised person may suffer a violent shock accompanied by sudden death.

Faced with this worrying situation, Mauritania has the opportunity to adopt an effective law on FGM within the year, by putting all means in place so that the existing draft law is put to the vote. This would be the first step, but survivors must also be guaranteed better access to medical care, including psychological support.

Thus, the education of young girls, mass mobilization, and particularly parents will be important factors in preventing these harmful practices. The government must support women excisers and families wishing to abandon excision but fearing social exclusion. Finally, special attention to the protection and safety of women and girl rights defenders who campaign against these practices will be essential to avoid all forms of intimidation and reprisals.