Geneva, Ramallah, October 25, 2021 — In response to the Israeli Ministry of Defence issuing a military order on October 19 declaring Defence for Children International – Palestine (DCI-P) and five other Palestinian human rights organizations in the Occupied Palestinian Territory to be “terrorist organizations,” the General Director of DCI-P, Khaled Quzmar, issued the following statement:

Over the past several years, Israeli, Palestinian, and international human rights and humanitarian organizations have faced an increasingly difficult operating environment and shrinking civic space in Israel and the occupied West Bank, including East Jerusalem, and the Gaza Strip, which negatively impacts their ability to deliver assistance and advocate on behalf of Palestinian human rights.

Recently, we have experienced and borne the brunt of increasing disinformation campaigns by both Israeli government actors and private actors that target our institutional donors, our partners, our board, and our staff.

We are an independent, local Palestinian child rights organization dedicated to defending and promoting the rights of children living in the West Bank, including East Jerusalem, and the Gaza Strip. For 30 years, DCI-P has investigated, documented, and exposed grave human rights violations against Palestinian children; held Israeli and Palestinian authorities accountable to universal human rights principles; and advocated at the international and national levels to advance access to justice and protection for children.

As DCI-P defends Palestinian children in the Israeli military courts and exposes grave violations against Palestinian children at the hands of Israeli forces, delegitimization and disinformation campaigns against DCI-P have been advanced by a network of rising nationalist Israeli civil society organizations and associated organizations outside of Israel, with the support of the Israeli Ministry of Foreign Affairs. These efforts take the form of targeted and organized defamation campaigns based on a range of allegations related to the violation of counter-terrorism legislation and international law. These allegations are erroneous, misrepresent, and distort critical factual or legal elements.

Despite grave risks, DCI-P’s staff works tirelessly with limited resources to defend and promote the rights of children living in the West Bank, including East Jerusalem, and the Gaza Strip. We carry out our work in a situation of armed conflict where perpetrators of war crimes and crimes against humanity enjoy systemic impunity. Rather than demand Israeli forces end serious breaches of international law or that Israeli authorities hold perpetrators accountable, these rising conservative nationalist social forces in Israel, including government ministries and agencies, aim to silence and eliminate DCI-P’s human rights work that exposes widespread human rights violations inherent in Israel’s military occupation of Palestinians.

We reject the Israeli government’s recent designation of DCI-P as a “terrorist organization” as it is another unjust action by Israeli authorities to criminalize and eliminate our lawful human rights and child protection work.

After years of delegitimization and disinformation campaigns against us have failed to silence our work, Israeli authorities now choose to escalate repressive tactics by labelling civil society organizations as terrorists.

We resolve to continue defending Palestinian children and exposing grave violations inherent in Israel’s military occupation of Palestinians living in the occupied West Bank, including East Jerusalem, and the Gaza Strip.

Israeli authorities must immediately end efforts aimed at delegitimizing and criminalizing Palestinian human rights defenders and civil society organizations. We demand that the international community use all available means to hold Israeli authorities accountable for targeted attacks and repression of Palestinian civil society organizations and act to end complicity and support to the Israeli apartheid regime. 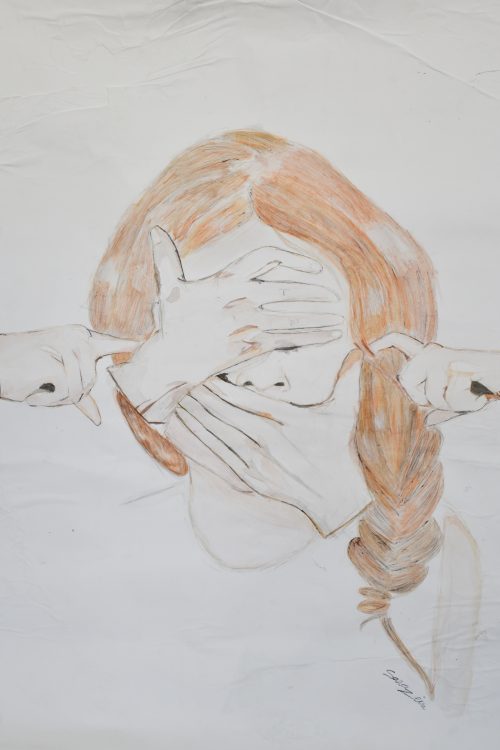 Defence for Children International – Palestine is an independent, local Palestinian child rights organization based in Ramallah dedicated to defending and promoting the rights of children living in the occupied West Bank, including East Jerusalem, and the Gaza Strip. For 30 years, we have investigated, documented and pursued accountability for grave human rights violations against children; held Israeli and Palestinian authorities accountable to universal human rights principles; and advocated at the international and national levels to advance access to justice and protection for children. We also provide direct legal aid to children in distress.

DCI-P is integral part and a pilar of the DCI international Movement. Defence for Children International (DCI) is a leading child-rights focused and membership-based grassroots Movement, founded in 1979, the first International Year of the Child. We promote and protect children’s rights at the local, national, regional and international levels. DCI was one of the drafters of the United Nations Convention on the Rights of the Child (UNCRC) for which it coordinated the NGO input. DCI has consultative status with the UN Economic and Social Council (ECOSOC), UNICEF, UNESCO, ILO, the Council of Europe, the African Committee of Experts on the Rights and Welfare of the Child, the Inter-American Court on Human Rights, the League for Arab States and maintains close relations with the UN Committee on the Rights of the Child and the different UN Special Procedures mandate holders.

This Press Release is also available in Arabic.