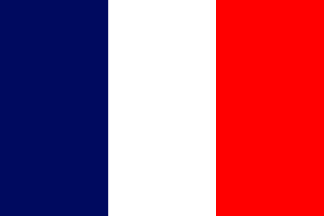 DCI-France was created in France in order to promote and defend children’s rights. Therefore, several actions are undertaken in the following priority issues:

In recent years, DCI-France has carried out inter alia the following projects:

The project is part of the larger process of monitoring the implementation of the United Nations Convention on the Rights of the Child. Its goal is to draft the first alternative report for France for the Committee on the Rights of the Child together with other civil society organisations that cover areas such as health, education, justice, child protection, citizenship, human rights protection, etc. The draft committee consisting of 12 organisations has decided to stress the participation of children in the drafting process. DCI-France is leading this project together with “Solidarité Laïque”.

DCI-France and other NGOs created an NGO group called CEPE (Construire Ensemble la Politique de l’Enfance) to make a call for the creation of a National Council for Children and an inter-ministerial body for children. It was addressed at the French President and made public during a press conference in January 2014. Find out more on the website of the initiative.

DCI-France concentrated its advocacy and lobbying efforts on the reform of the Juvenile Justice system to adopt a more restorative approach that would end the current punitive justice system. Another goal was to achieve the dissolution of the Correctional Court for Minors. DCI-France is also monitoring and making suggestions for the reform of “ordonnance de 45”, which concerns children in conflict with the law being able to be condemned to a life sentence.

DCI-France continuously demanded that the French government ratify the Third Optional Protocol to the United Nations Convention on the Rights of the Child. This demand was reiterated during DCI-France’s contribution to the UPR report of January 2013, several meetings with members of national ministries, in the context of the project AEDE, and in its contribution to the reform of the family law. In January 2013, during its UPR review, France declared to assess the ratification of the Third Optional Protocol. On November 20 2014, France eventually signed the Optional Protocol, marking the end of a three-year battle of DCI-France to achieve this goal.