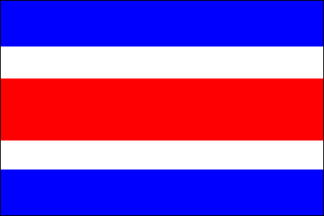 DCI-Costa Rica was created in Costa Rica in order to promote and defend children’s rights. Therefore, several actions are undertaken in the following priority issues:

In recent years, DCI-Costa Rica has carried out inter alia the following projects:

This project is an activity of the broader action to promote quality education in Costa Rica. It aims at promoting emotional education with children aged between 5 and 8 years to develop their social skills. 858 children in first and second grade participated and parents were also included in the workshops that were organised to strengthen education.

Several other workshops were organised to promote the prevention of violence by teaching children about conflict resolution and train children on the importance of their participation as a right and as a social process in the country.

DCI-Costa Rica coordinates this project, which focuses on direct care of victims of trafficking and other forms of violence. The goals are to review and improve legal, psychosocial, health, and education services. DCI-Costa Rica launched several other projects to prevent sexual exploitation, improve detection and treatment of victims, and train and inform children about the risks that they are exposed to.

Preparation and follow-up of the 20th anniversary of DCI-Costa Rica took place on 21st of July 2014 in ULATINA and it counted with the attendance of Ms. Sara Oviedo, Vice-president of the Committee on the Rights of the Child. Among some other activities, sessions of Dialogues of Knowledge and Acquired skills on the Convention on the Rights of the Child were launched, as well as discussions about good practices on politic policies; furthermore, some comments were made on the 17 General Observations. These Dialogues (6 in total) continued until November when the conclusions and the final round table were held with the participation of Sara Oviedo.

DCI-Costa Rica has promoted proactively the IV World Congress on Child and Adolescents Rights that was held between 12th and 14th of November 2014 in Puebla, Mexico, with the support of Save the Children and Red NATIC with representatives of a wide range of associations as Ms. Andrea Urbas from chicos.net and from UN institutions members specialised on the Rights of the Child. This Congress had a special focus on the ratification of the 3rd Optional Protocol of the CRC, and the necessary end of the violence against children.

Through their socio-educational activities, DCI-Costa Rica was able to directly assist 62 adolescents.

143 victims of trafficking and other forms of violence directly assisted.

With regards to the project reinforcing links between incarcerated mothers and children, DCI-Costa Rica was able to reach out to, and help 71 women and 121 children.