Two months into mostly peaceful protests, members of Colombia’s law enforcement continue committing serious and widespread human rights violations, as detailed in a new briefing. Colombian human rights organisations and members of the NGO-LAC Group in Geneva, joined by over 300 civil society organisations from around the world, call on the Human Rights Council, which is currently meeting in Geneva, to condemn the brutal repression and ask for an independent investigation. 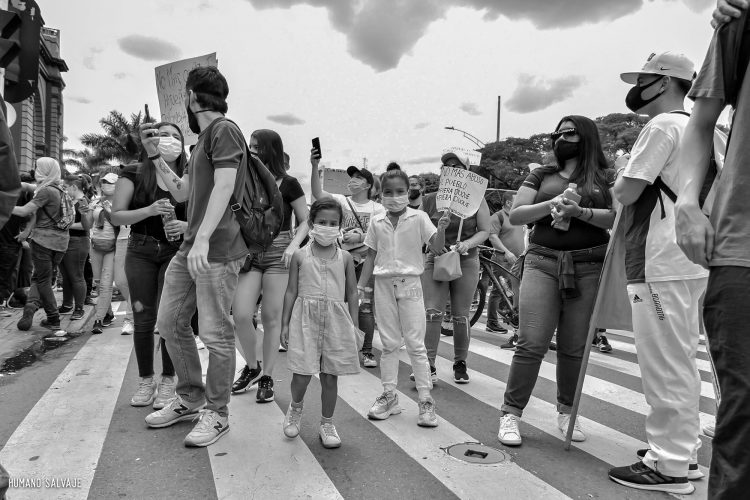 The joint declaration follows another globally supported call by human rights groups at the beginning of the ongoing Council session, urging the international community to act on Colombia. “Police violence is not new in Colombia, as we saw in September 2020, when police tortured and killed a defenceless citizen, then killed another 13 in the following days”, said Ana María Rodríguez, deputy director of the Colombian Commission of Jurists (CCJ). “What is unprecedented is the scale of the crackdown and the sheer cruelty by law enforcement officials, including extrajudicial killings, torture, sexual assault, and the enforced disappearance of hundreds of peaceful protesters”, added Óscar Ramírez, lawyer of the Campaign Defender La Libertad: un asunto de todas. From the start of the protests on April 28th to June 28 , 83 homicides have been reported, including at least 27 civilians killed by ordinary and riot police (ESMAD).

A significant number of deaths have been attributed to armed civilians, often acting with the complicity of law enforcement officials. Eighty people have suffered eye injuries and another 114 gunshot wounds. Over 3,200 have been arbitrarily detained without basic procedural safeguards, exposing them to torture and other ill-treatment. Members of the mentioned Campaign speak of beatings, punching with blunt objects, electric shocks, threats of imminent execution, forced nudity, and sexual and gender-based violence, including rape. Many of these allegations are not being investigated and the involvement of the military justice system in criminal investigations and proceedings is equally concerning.