On 22 June 2015, Defence for Children International (DCI) announced the creation of the DCI Advisory Committee (DCI – AC). The DCI – AC is composed by renowned experts and advocates of children’s rights who provide and guide DCI with their expertise and sound knowledge.

The Advisory Committee guides and supports the International Executive Committee (IEC) in its role to define DCI’s advocacy strategy and lobbying actions and is thus a crucial organ that helps ensure the success of DCI’s activities and programmes at local, national, regional and international levels. Click here to read the complete Terms of Reference. 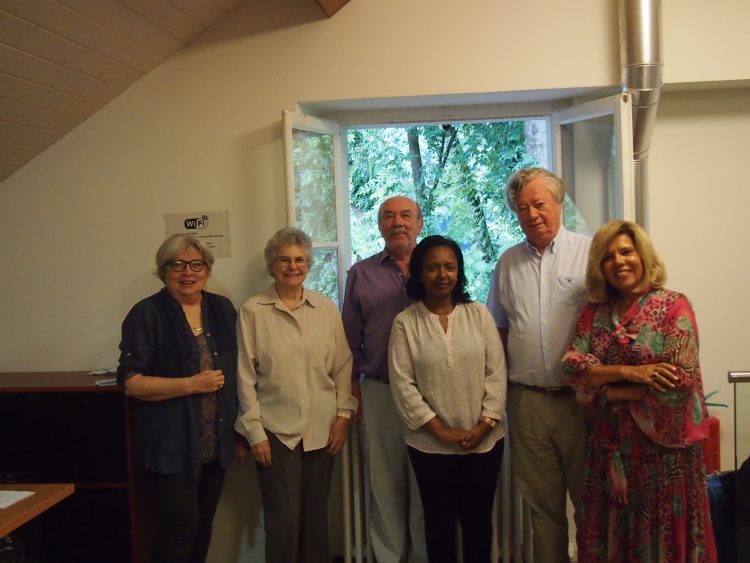 The DCI – AC is currently composed of six members, who have been officially appointed for an initial term of two years (renewable):

Ms. Meskerem Geset Techane: she is a human rights lawyer, and a keen advocate of women’s and girsl’ rights. She is currently a chair of the Working Group on the issue of discrimination against women and girls in law and in practice. She previously held positions as a High Court Judge in Ethiopia, and Deputy Director of the Institute for Human Rights and Development in Africa (IHRDA). Meskerem has worked closely with the African human rights mechanisms and was involved in drafting African Union human rights laws, policies and studies. She served as an expert member in different Working Groups of the African Commission on Human and Peoples’ Rights, and collaborated with the various Special Rapporteurs of the Commission.

Mr Nigel Cantwell: he founded DCI in 1979 and remained with the organisation for 15 years. He then took on various roles with UNICEF and has been working as an international consultant on child protection policy since 2003, with a special focus on safeguarding the rights of children in relation to alternative care and intercountry adoption.

Ms. Sally Christine Cornwell: former executive of the International Labour Organisation (ILO) and subsequently consultant for various international organizations on evaluation, programming and development cooperation. Ms. Cornwell was a member of the International Board of Trustees and of the Administrative Council of the African Child Policy Forum (ACPF), and was the ACPF representative in Geneva from 2003 to 2012.

Mr Jaap Doek: former member and Chairperson of the United Nations Committee on the Rights of the Child (1999 – 2007), he was also the General Rapporteur of the Third World Congress on Sexual Exploitation of Children and Adolescents (2008) and member of the Editorial Board for the UN Study on Violence against Children (2003-2006). He was involved in the creation of DCI and established DCI’s national Dutch section in 1984.

Ms Moushira Khattab: a career diplomat, Ms Khattab served as Egypt’s first Ambassador to Nelson Mandela’s South Africa and to Czechoslovakia during its peaceful separation. Dedicated to defending the rights of children and women, Ms Khattab served as Secretary General of the National Council for Childhood and Motherhood and Minister of Family and Population, and was also member and Vice-Chair of the United Nations Committee on the Rights of the Child (2002-2010). In 2020, Ms Khattab was elected member of the African Committee of Experts for the Rights and Wellbeing of the Child (ACERWC).

Ms. Rosa Maria Ortiz: A Paraguayan citizen, Ms Ortiz has been working for the promotion and protection of children and human rights for over 30 years. She has been former member and vice-president of the United Nations Committee on the Rights of the Child (2003 -2011), member and vice-president of the Inter-American Commission on Human Rights – IACHR (2012-2015), and adviser on human rights and cultural diversity for the Paraguayan Presidency’s National Secretariat of Culture (2010-2011). Ms Ortiz officially joined the Advisory Committee in 2016, after concluding her mandate as Special Rapporteur on Children’s Rights with the Inter-American Commission for Human Rights.