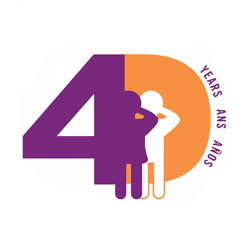 Civil society organisations, under the lead of Defence for Children International started a campaign in March 2014 to call for a Global Study on Children Deprived of Liberty to be carried out as there is a clear lack of quantitative and qualitative data (particularly disaggregated data), research and verified information on the situation of children deprived of their liberty worldwide.

Despite the fact that article 37 (b) of the United Nations Convention on the Rights of the Child states that: « deprivation of liberty should be a measure of last resort and for the shortest appropriate period of time », children are all too often deprived of their liberty, being exposed to increased risks of abuse, violence, acute social discrimination and denial of their civil, political, economic, social and cultural rights.

A growing number of children are deprived of their liberty each year
Despite evidence that detention is costly, ineffective, and negatively impacts children’s health and development. The exact number of children deprived of their liberty worldwide is unknown. A global study would gather comprehensive data on all forms of child detention, assess how international standards are being implemented on the ground, and identify recommendations and best practices going forward, including alternatives to detention that may be more beneficial for both children and society.

For more information and to support the Global Study of Children Deprived of Liberty, see www.childrendeprivedofliberty.info.